EFOS leave management offers a sophisticated leave booking system for airline crew via the transparent and deterministic application of the airlines’, sometimes complex, prioritisation and validation rules such as points or rank seniority. Most of our clients ask us to integrate the leave system with their rostering system for a holistic view of staff availability.
Request A Demo 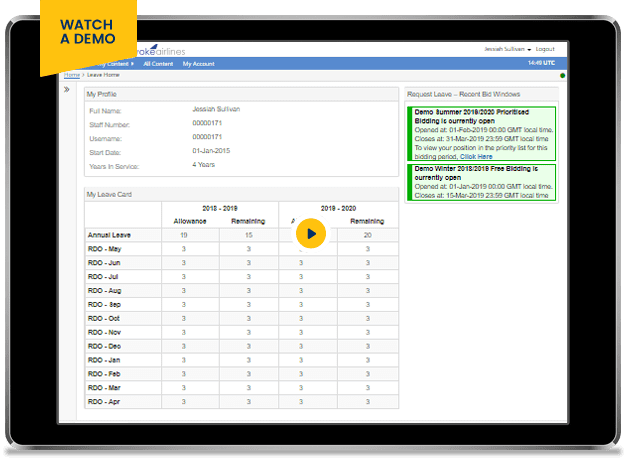 EFOS Leave (Vacation) Bidding module is a customisable web-based system used to manage staff leave for airlines. It can fully automate the process of allocating staff leave requests throughout the organisation.

The ‘Rules Toolkit’ enables leave to be booked via a prioritised process (e.g. seniority or points) and/or on a first come, first served basis. It can be integrated with relevant HR systems to consistently update the user’s personnel information accurately such as contract, base, rank and fleet. The EFOS vacation system allows users to bid, amend and cancel vacation as well as track all historic leave and associated points balances. This is presented via a customised interface for the airline which allows for their specific business process requirements. Managers can create either prioritised or first come, first served bid windows which can run for any duration targeting specific groups of users.

The system validates all requests via an airline specific set of rules which are built as part of the project to directly reflect the business requirements. These bespoke rules can include such things as total allowance types, cut off dates, school holidays, minimum and maximum vacation length, and adjacency. These are just some of the examples of the validation rules possible. It can also be integrated with the roster system to check and update records.

The EFOS vacation system has numerous exportable reports which can be pulled from the system such as who is on leave, prioritisation of leave outputs, win/loss audit reports, unallocated leave, forced leave and flex reporting.

The following diagram illustrates the feature capability of the product. 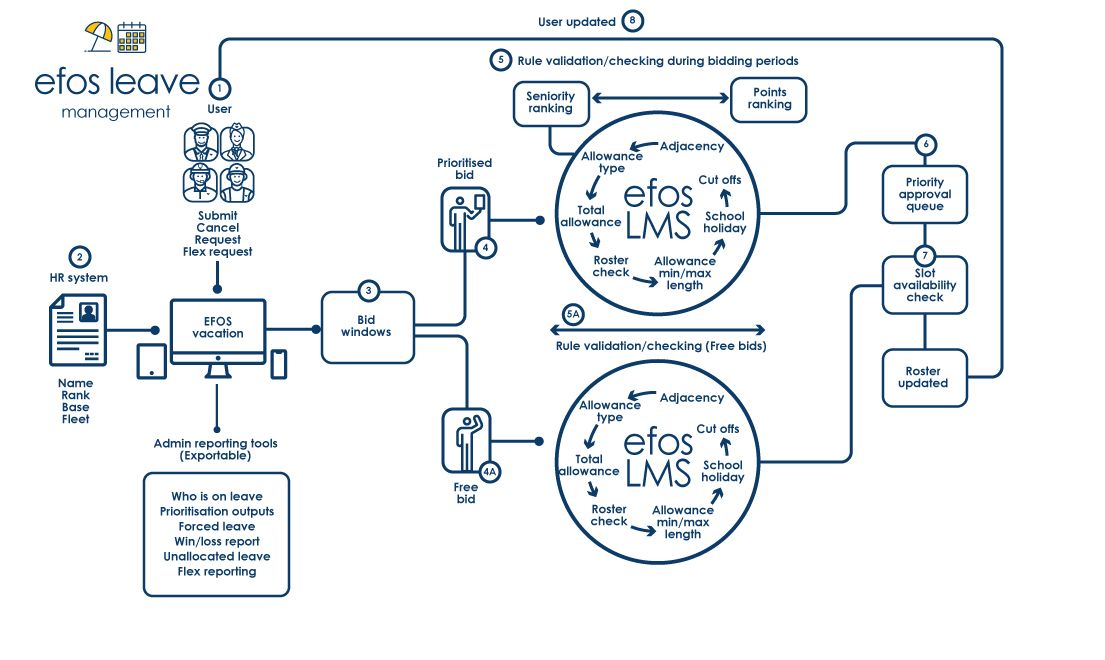 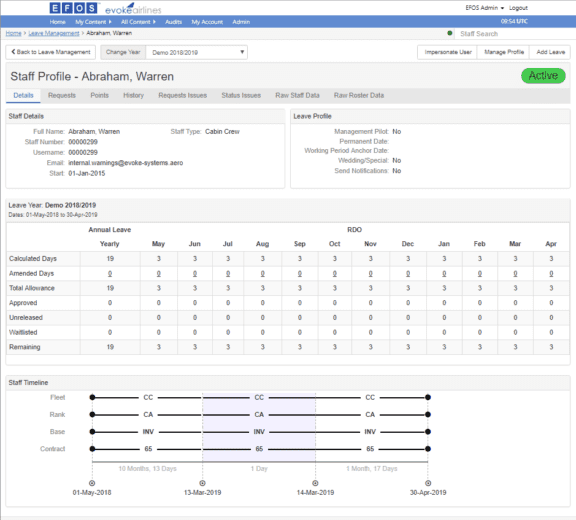 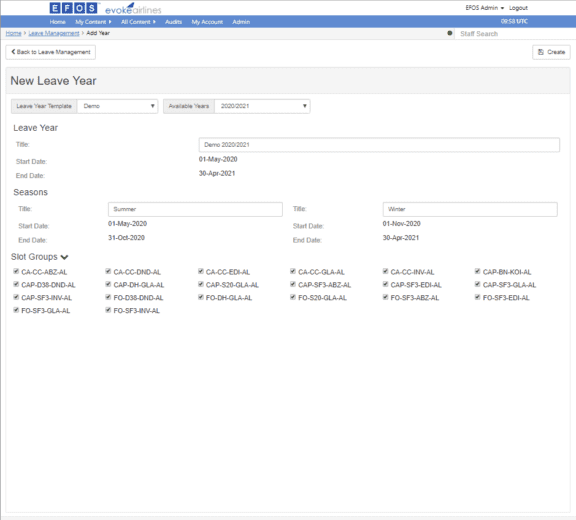 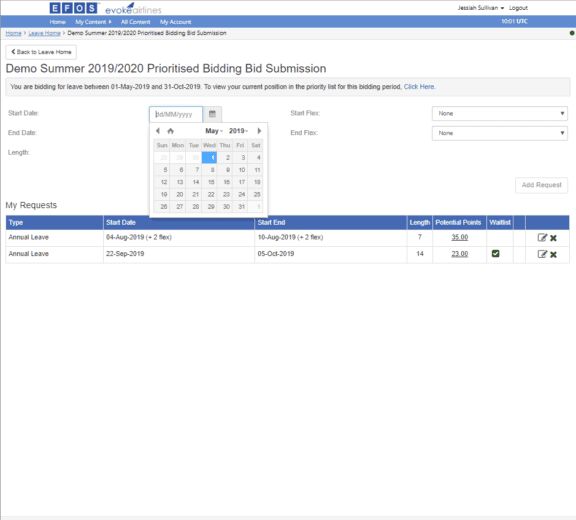 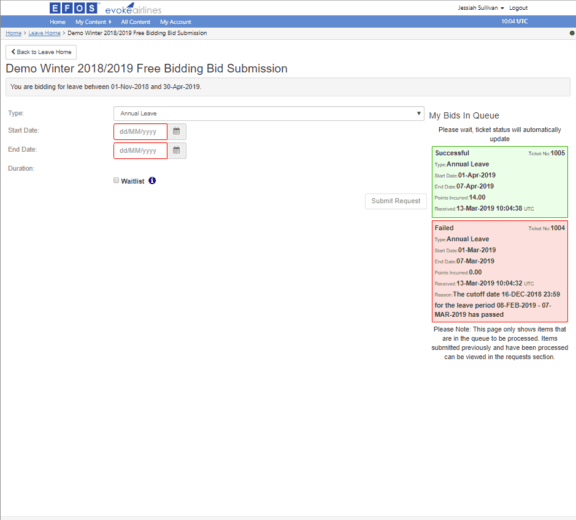 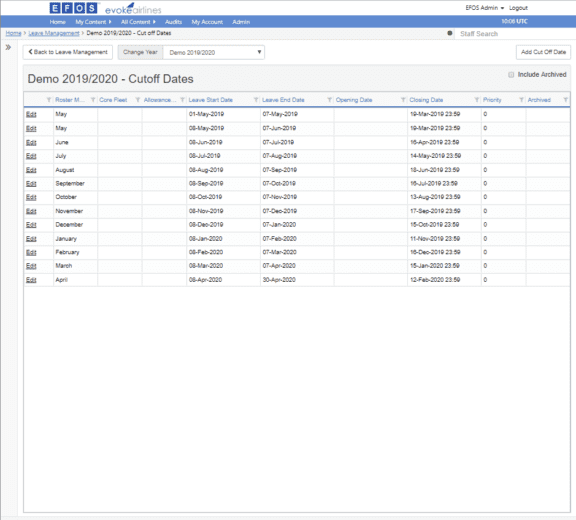 Multiple bespoke processors including but not limited to: 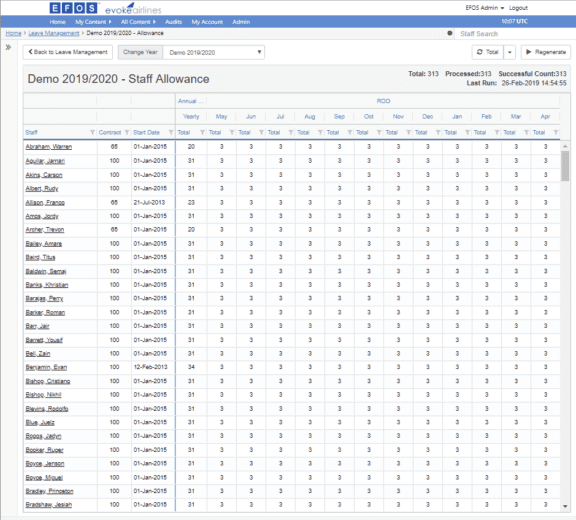 Multiple bespoke reports including but not limited to: 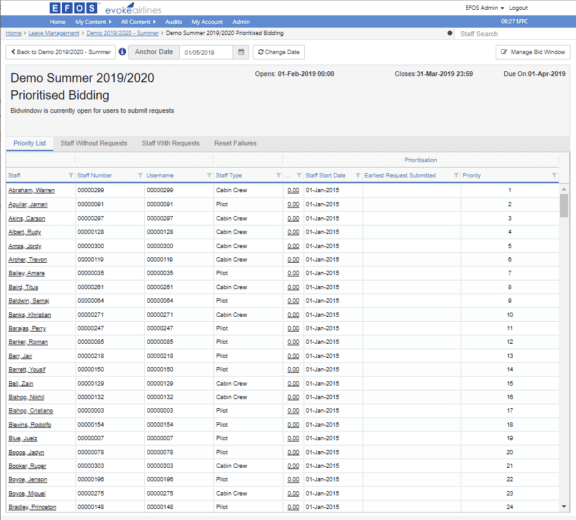 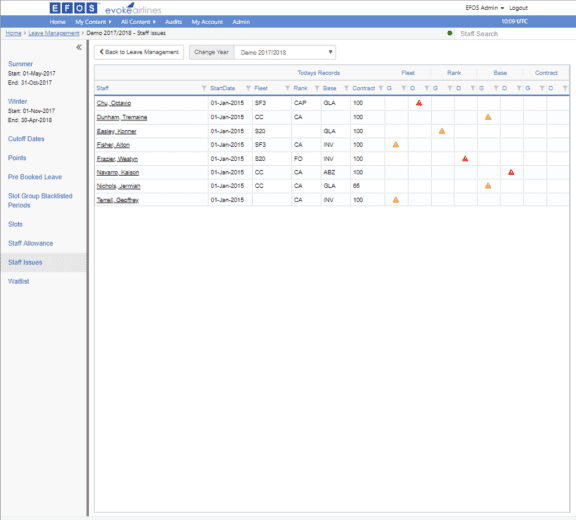 Intelligent forms and records, course and candidate progress tracking, and qualification/role profile expiry date monitoring. It supports grading for AQP, ATQP and EBT. It functions with web and iPad parity and works on or offline and most airlines request us to integrate with their other operating systems.

An iPad application for flight journey log information, flight folders, alert event and safety reporting which enables commercial analysis of the associated data to deliver a lean airline operating environment. All of our airlines have integrations running with their other operating systems to maximise data efficiency.